This is not Dino Certo’s first time at Sunset Plaza; this is actually his third, and this veteran retailer has returned selling hand-made men’s Italian shoes.

Dino learned the ins and outs of the tailoring business when he was nine-years-old in New York. He worked at a tailor shop after school and remembers telling people that when he grew up, he wanted to have a custom tailor store in Beverly Hills where he made clothes for the most important celebrities.

And he did just that.

Dino Certo first began his career in 1968 with a men’s custom tailor store about a block from his current location. There, he made custom clothing, like sportswear and suits, for celebrities like Elvis Presley, Frank Sinatra, Paul Anka, Tom Jones, Hugh Hefner and Steven Segal.

In 1975, he moved to a new spot in Beverly Hills, and after five years, he started making shoes when he saw that the custom tailoring business was changing.

“The custom tailoring business as I knew it – the old fashion handwork – was coming to an end,” Dino said.

After the recession in the mid-1990s, Dino moved to Palm Beach, Florida, for a few years before returning to Sunset Plaza in the 2000s. A new store – Scott and Company – had opened where Wildfox currently exists, and he knew the owner Scott Hill. Dino began selling his shoes there.

“I did a huge business there,” Dino said.

However, Scott eventually left, and the business went to a new owner. Dino stayed for a bit before moving again to Beverly Hills. He returned with his own store, Certo Shoes, in November 2019. As to why he returned, Dino said it was because he was always lucky at Sunset Plaza.

“When I first went in business, I got Sinatra, and I got Presley, and I got a lot of celebrities,” Dino said. “Then I went back with Scott in 2001, and I knocked the ball out of the park again with the shoes. Sunset [Plaza] has always been good to me.” 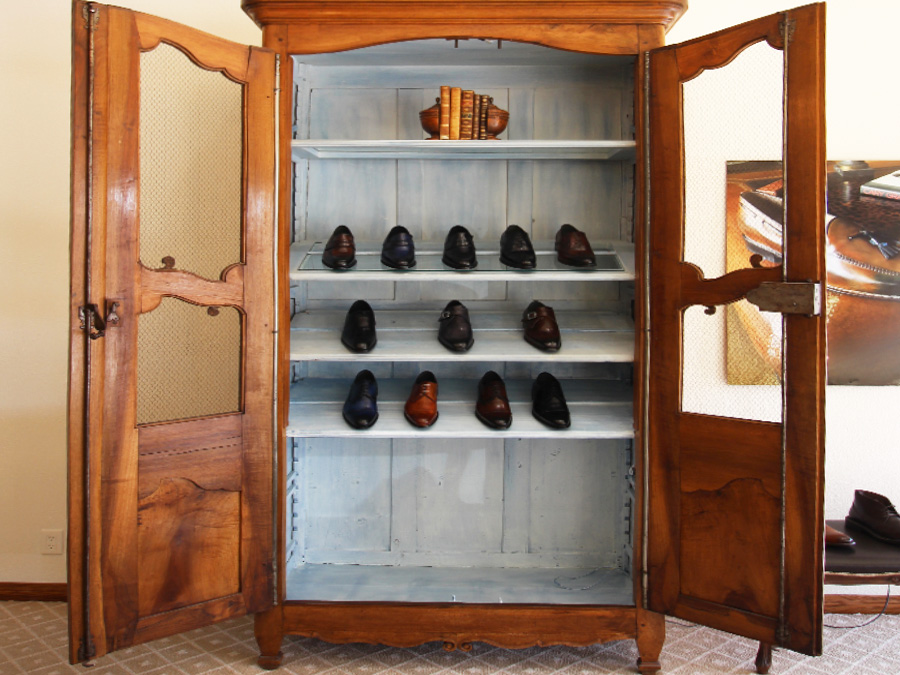 Dino’s store doesn’t look like an average shoe store; the goal was to make it look like a classy showroom in Milan.

The front of the store is cream-colored, and customers can lounge on a comfy couch while browsing through his beautiful hand-made shoes that range from dress shoes to sports shoes to boots.

As for the shoes, all the hand-made shoes are made in Italy. Dino visits the shoe factories in Italy and supervises the detailing to make sure his shoes come out perfect. He pays special attention to the colors and the shoe’s proportions.

“The shoe is the accessory like a woman’s purse,” Dino said. “It is that leather accessory.”

What makes Dino Certo’s shoes stand out from others is that you can’t get them anywhere else – literally. Since Dino doesn’t currently have an online website, you can only get his shoes in store.

“I got to have something that nobody else has. Otherwise, I’m just another guy around the block,” Dino said. “I am a brand. I do my own collection.”